(Coneflower) Put Echinacea into ‘Google’ and the few first pages list the plant’s medical properties. But there is more to an Echinacea than a pill or powder. These handsome plants with large, daisy shaped flowers add a splash of colour to late summer borders. The flowers bloom from mid July to late August and occasionally September, range from white, through yellow to pink and even orange. They are called Coneflowers because of the centre of the bloom. This is made up of rows of spikes that swirl into a dome. Usually brown, ginger or rust, and sometimes green this gets bigger as the flower ages. If you stick your nose near to the flower you will discover a fragrance. The flowers are carried individually on upright stems that can be branched or not depending on the variety. The stems emerge from a central crown carrying a few leaves to form an upright leafy clump. 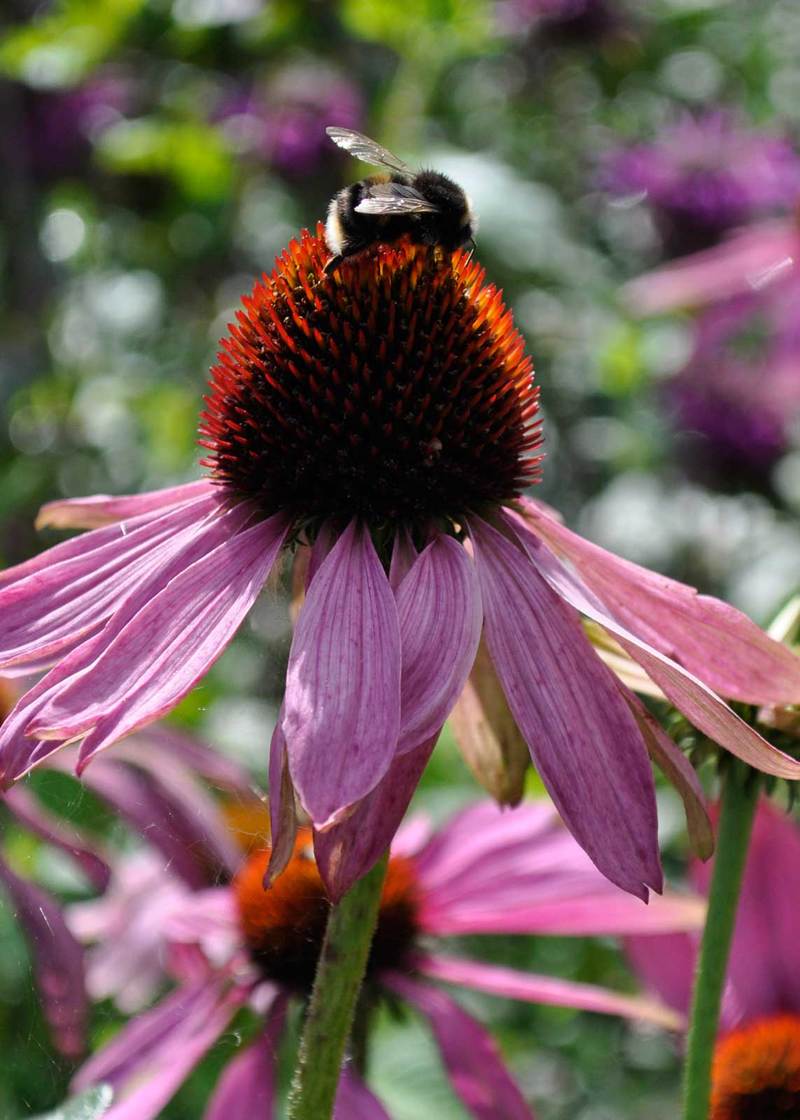 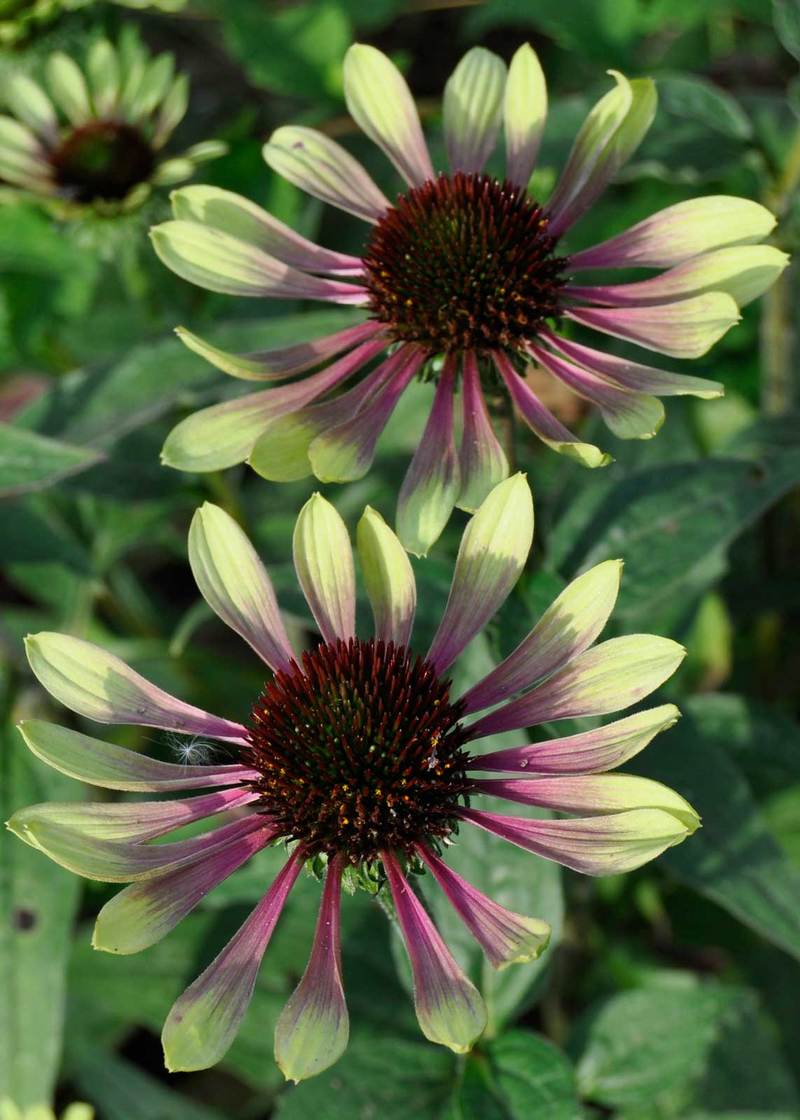 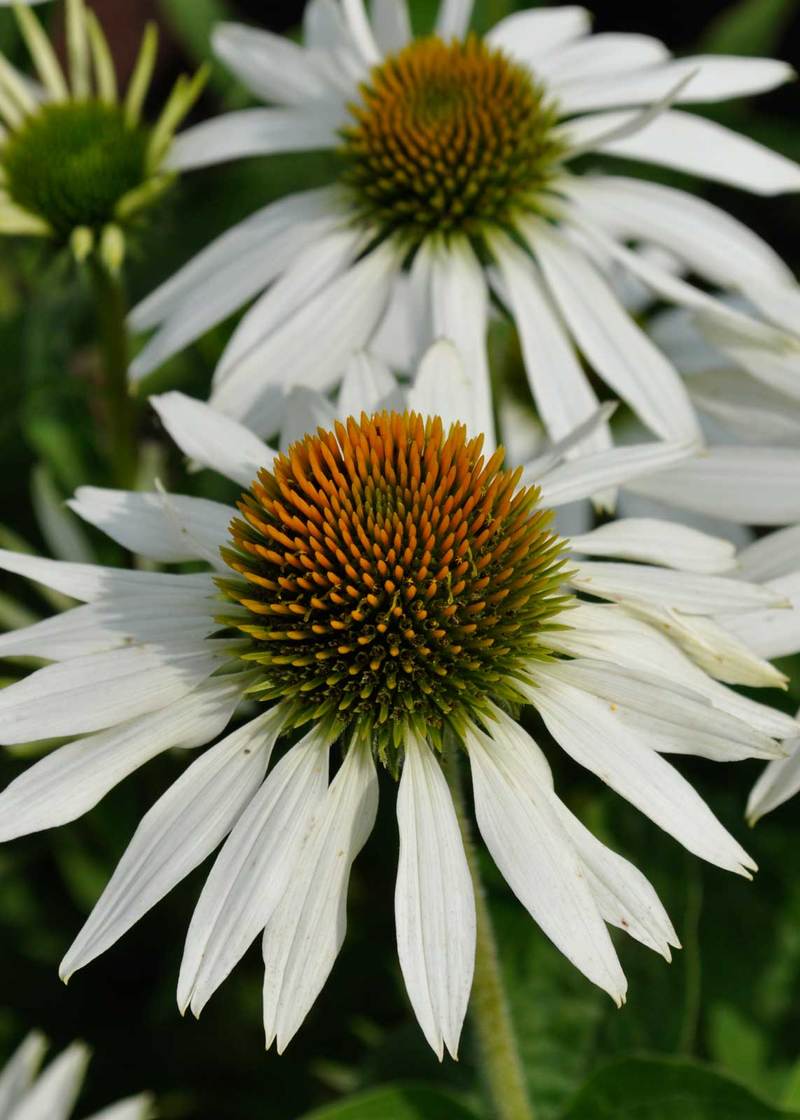 Echinacea in the wild

A plant of the US prairies, in the wild the flower petals are quite relaxed, and usually pink, but there is one wild yellow species that is not dissimilar to Rudbeckia (Black-eyed Susan) except Rudbeckias don’t have spiky centres. Both Echinacea and Rudbeckia grow in similar conditions, a well-drained soil in a sunny spot that in summer is hot and dry, in winter the soil can be frozen solid. Echinaceas are generally very easy to grow, but they don’t like soils that are inclined to be wet during the winter. This seems to be the commonest way to kill them off. 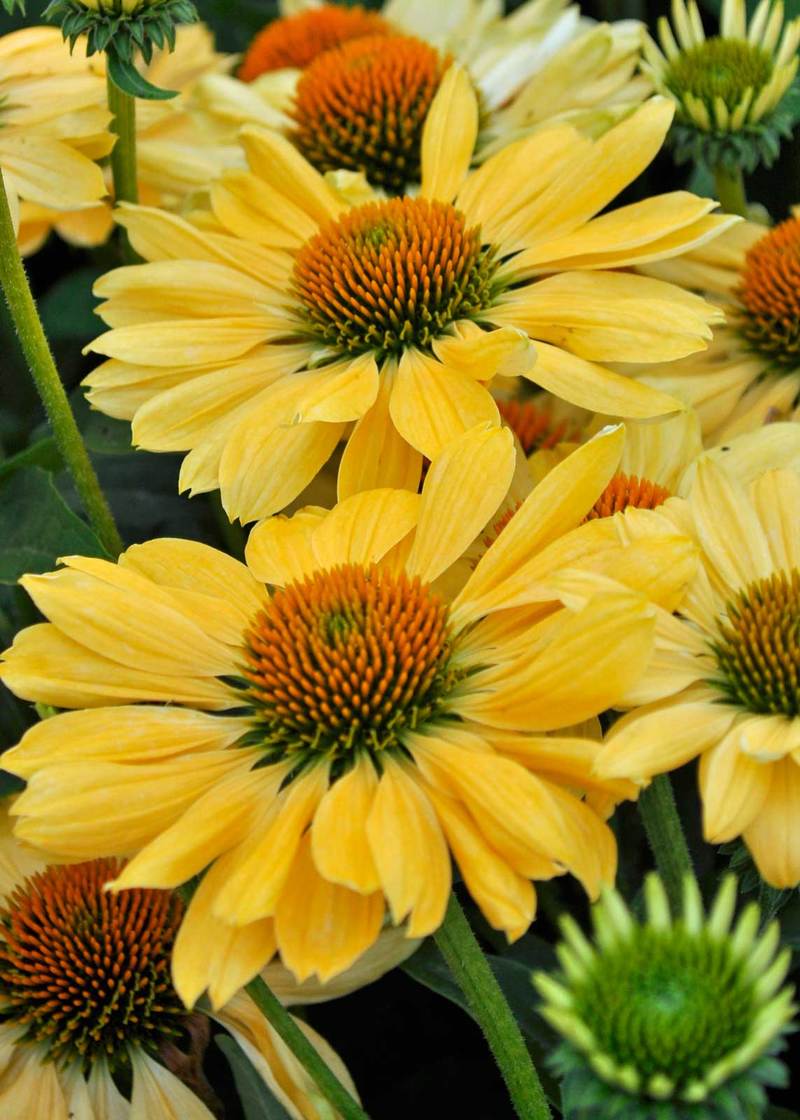 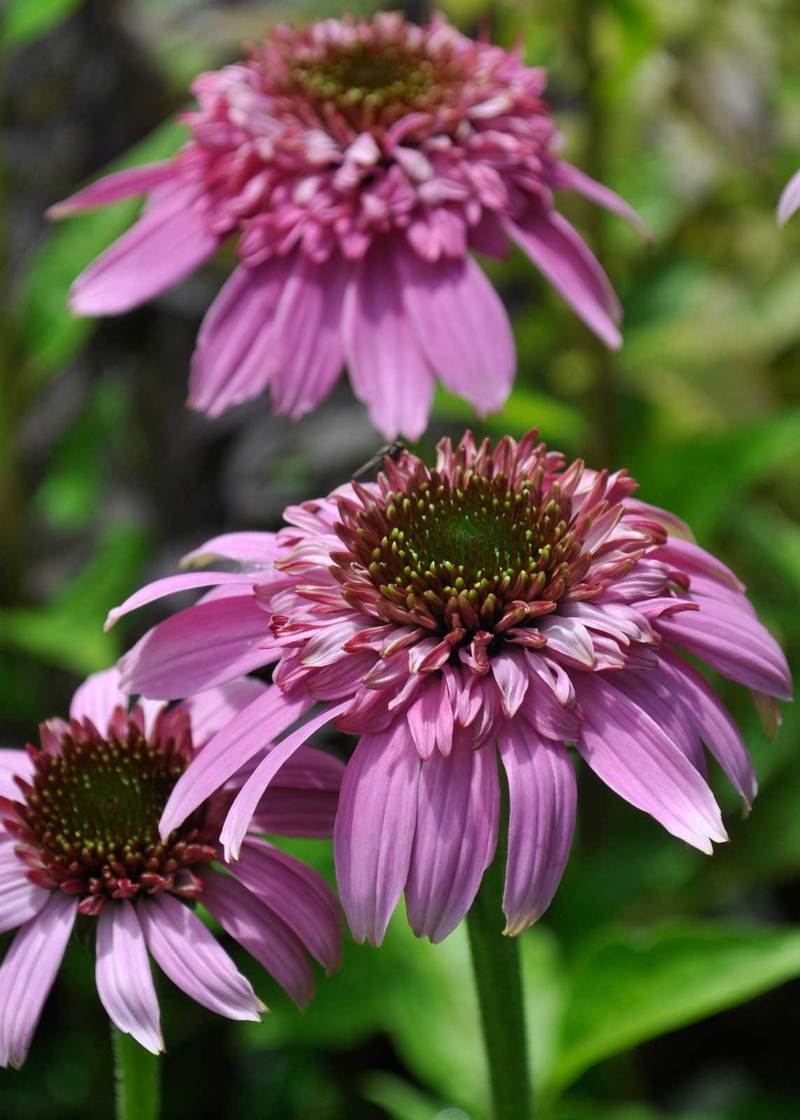 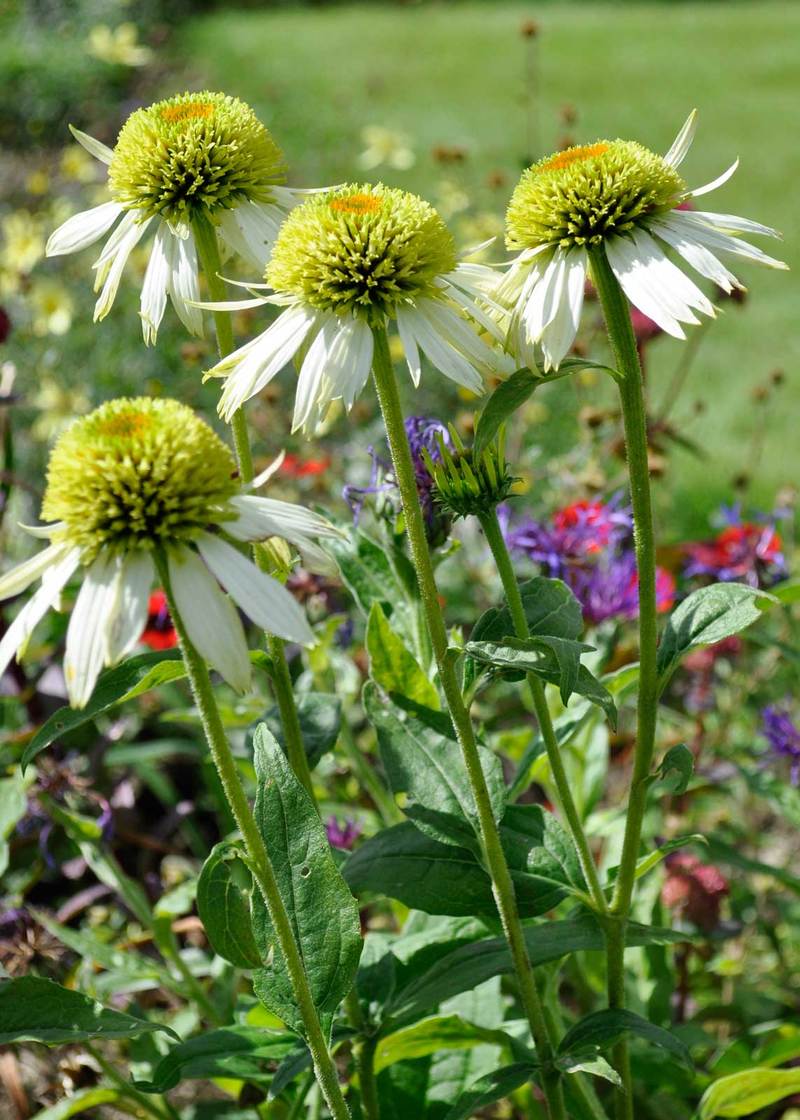 Echinacea in the garden

When I started growing perennials over 30 years ago just two Echinacea were listed in my catalogue; E. purpurea and Echinacea ‘White Lustre’. This was a time when Echinaceas were not popular, and as far as I can see they never really had been. Frances Perry in her excellent book ‘Guide to Border Plants’ (published 1957) described Echinaceas as ‘somewhat course in appearance, the unusual coloration is not unattractive in the border’. During the late 1990’s Dutchman Piet Ouldolf started off the design trend labelled ‘Prairie Planting’. Echinaceas are perfect for this style of planting and since then plant breeders in America and Holland have added hundreds of new varieties. Today the RHS Plantfinder lists hundreds of varieties. I have to ask myself do we really need so many introductions? Of course we don’t, and time will tell which varieties are still be grown by nurserymen in 20 years time. 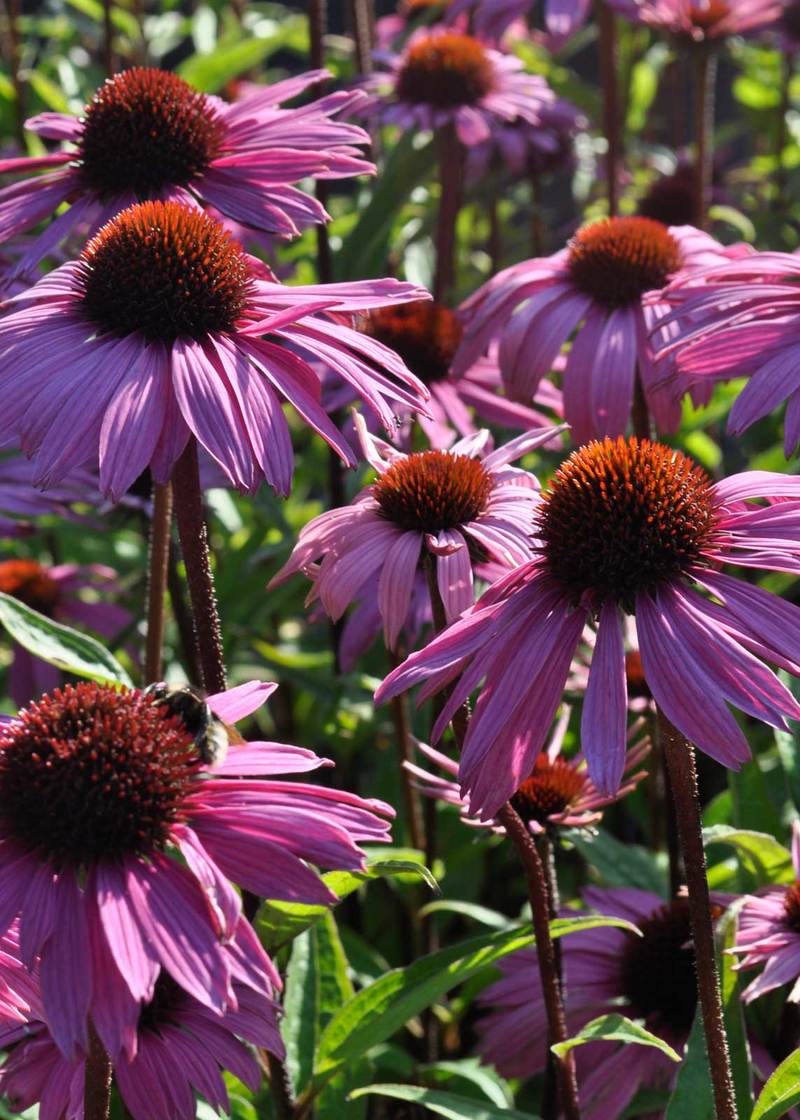 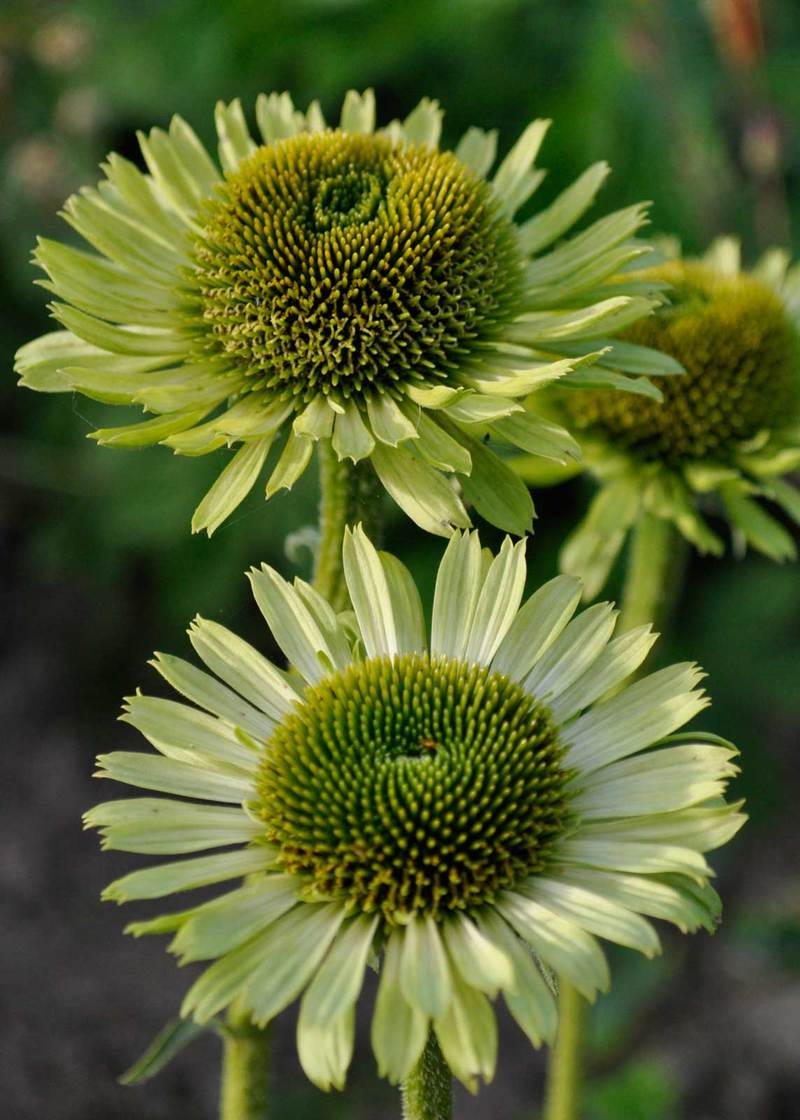 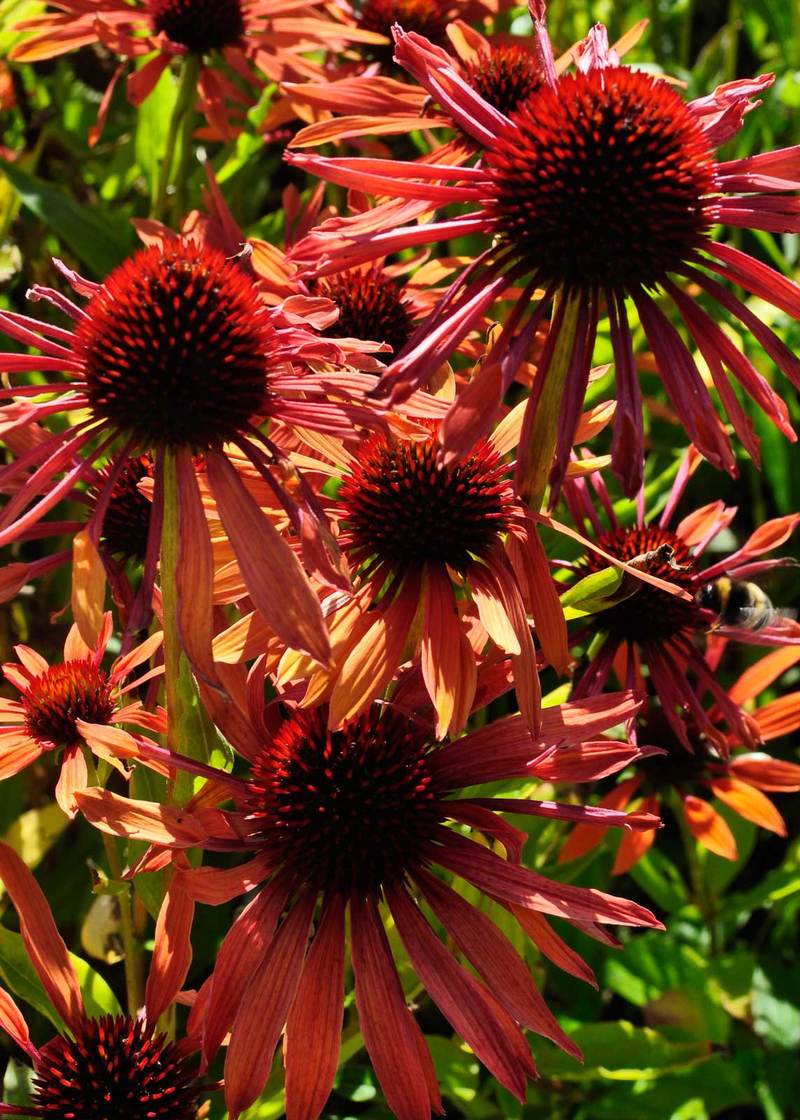 What to grow with Echinacea

As Echinaceas flower later in summer they are ideal for planting with Asters, grasses such as Calamagrostis & Miscanthus, Perovskia, Sedums, Salvias & Achilleas.

How to grow & look after Echinacea

Echinacea like a well-drained soil, in full sun. The flower stems can be cut to the ground when they have finished flowering. With so many blooms I think the clump is weakened if it is allowed to set seed.

It is a good idea to lift and split every 3 years or so to keep the plant's vigour. Make sure the divisions are quite large, and be sure to keep the newly replanted clumps moist for quite a while after planting.